Your webbrowser is outdated and no longer supported by Microsoft Windows. Please update to a newer browser by downloading one of these free alternatives.

The Mediterranean Diet and olive oil

as benchmarks for the whole world!

The beneficial qualities of olive oil for our health, especially through its major part in the Mediterranean diet, have been extensively studied. Thus, studies such as: the Seven Countries Study, ΑΤΤΙΚΗ, MEDIS and PREDIMED, confirm the benefits of both the Mediterranean diet and olive oil in terms of cardiovascular diseases and not only.

Specifically, the Seven Countries Study has shown that out of all the regions participating in the study, the population of Crete had the lowest morbidity and mortality rates in terms of cardiovascular diseases. There was such a large difference that everyone spoke of the “Crete phenomenon”. This phenomenon was attributed to the participants’ diet and overall lifestyle. The Seven Countries Study was the first study to provide the scientific (and not only) community with the term “Mediterranean diet”.

The Mediterranean diet stands out for a high consumption of fruit, vegetables, wholegrain cereal, olive oil, nuts and seeds, and a low consumption of meat, red meat especially. 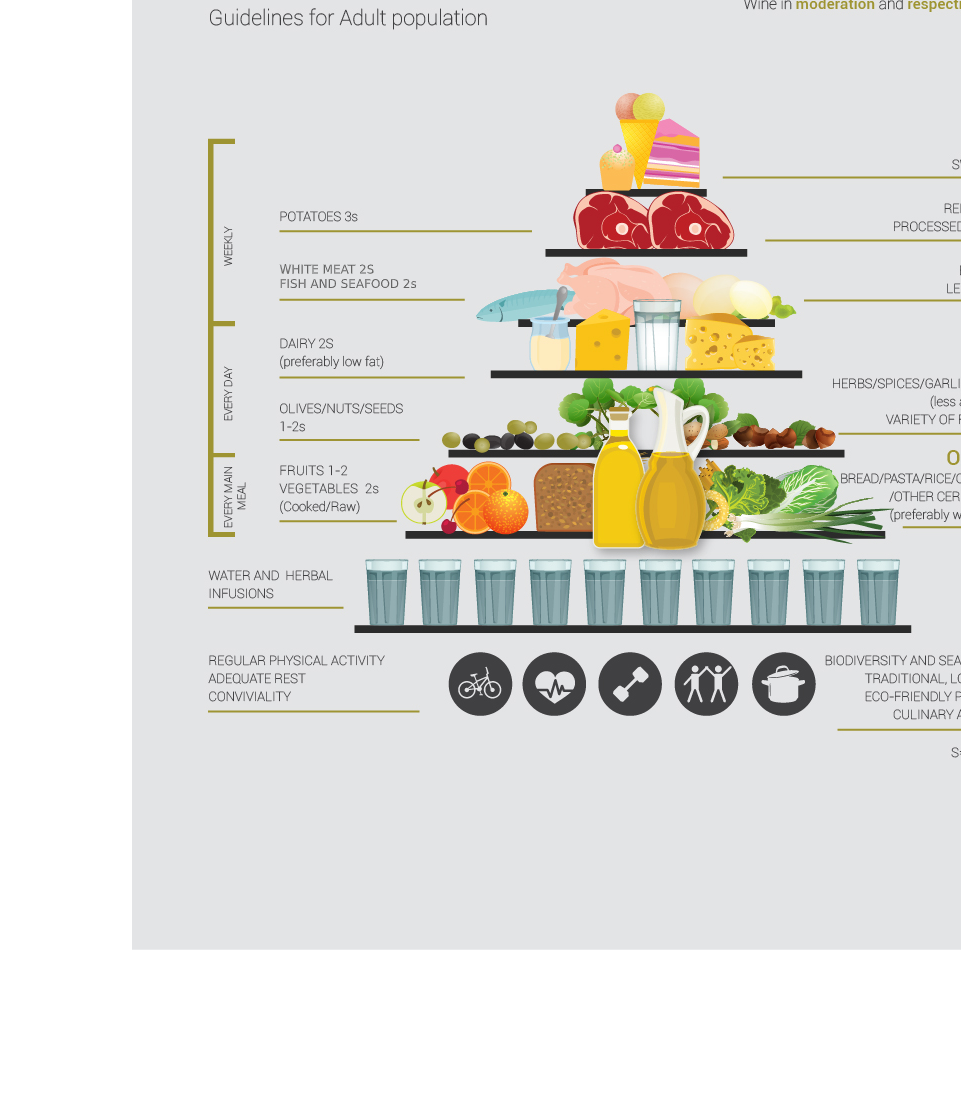